Industry can kick-start the hydrogen economy

A radical transformation is needed in the way energy is produced and used to fulfil societal needs. Clean renewables will gradually replace fossil fuels. Continuing to work on gradual, incremental changes will not be enough to tackle climate change. We have to look for exponential growth of solutions with the greatest future decarbonization potential.

Finding oil, extracting it from distant and hostile environments, pumping it, refining it, marketing it and selling it, is an expensive, complex business. DNV’s Energy Outlook 2021 indicates that we are heading towards a 2.2ºC future, far from the Paris Agreement 1.5ºC goal. Coal and oil demand decreases, and it is expected that natural gas takes over as the biggest energy source. Of course, gas is cleaner, but it is still fossil and prices are high due to the current geopolitical situation. Renewable energy from solar, water, wind and geothermal sources is needed to cut down on carbon dioxide emissions and mitigate the effects of global warming. But what is the role of hydrogen, and what are the expectations for this molecule in this energy transition?

Hydrogen is a colourless, odourless and tasteless gas and the most basic and ubiquitous element in the universe that never runs out and produces no harmful CO2 emissions. Hydrogen with its high mass energy density is an emerging opportunity that must be exploited. It can be a key ingredient to reach carbon-neutrality.

In 2002, Jeremy Rifkin argued that hydrogen could provide a clean, plentiful alternative to oil in his bestseller book The Hydrogen Economy. He envisions the dawn of a new economy powered by hydrogen that will fundamentally change the nature of our market, political and social institutions, just as coal and steam power did at the beginning of the industrial age. He states: “The interplay between the imminent peak of global oil production, the increasing concentration of the remaining oil reserves in the Middle East, and the steady heating up of the world's climate from the spent energy accumulated over the course of the Industrial Age make for a volatile and dangerous world game, one whose outcome remains very much in doubt.” These arguments are still valid. Although the geopolitical game is important, moving away from fossil fuels to mitigate climate change is paramount. 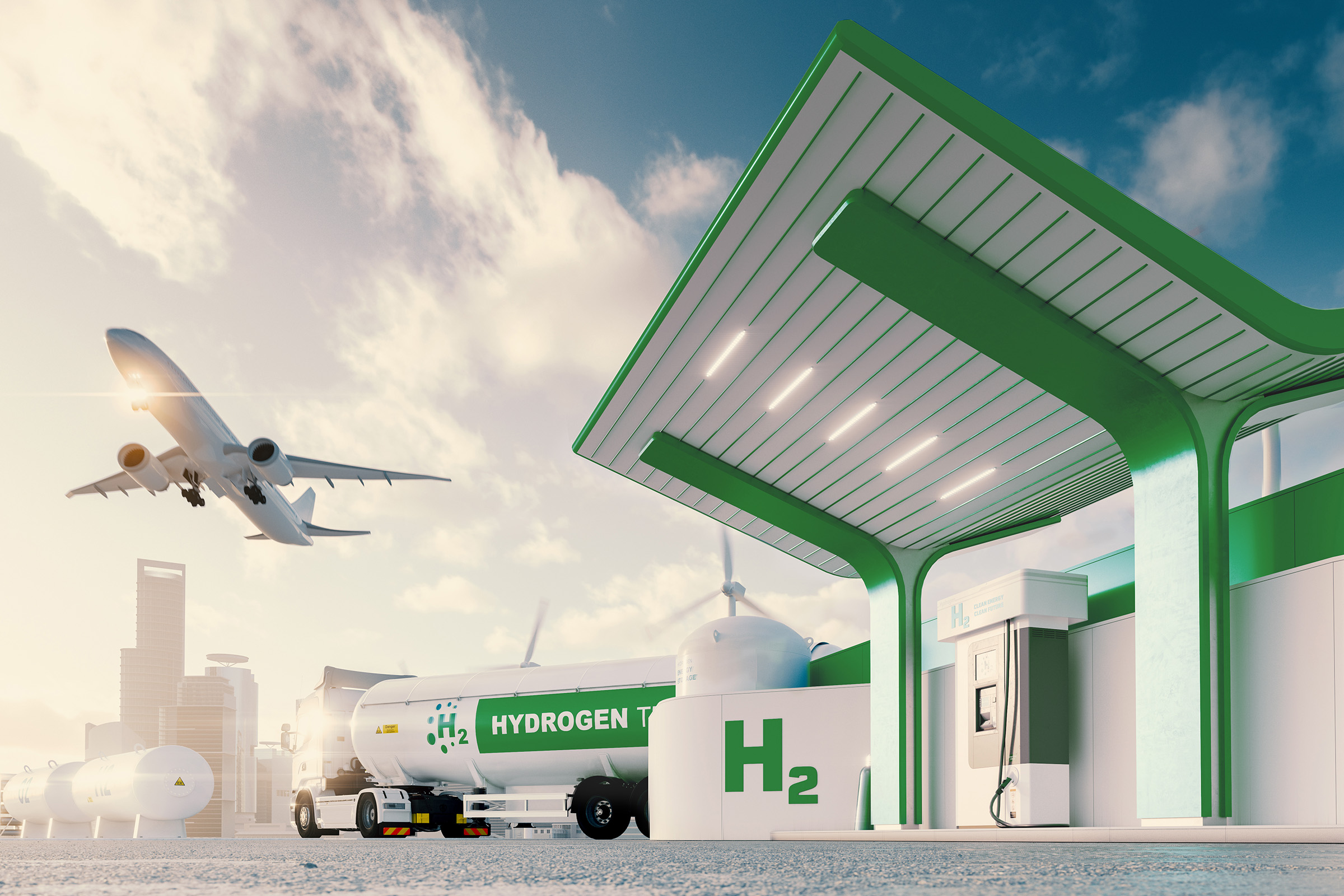 The World Energy Council believes that hydrogen will play an essential role in realizing a carbon-free EU in 2050. Hydrogen can play different roles in the energy transition. It can enable large-scale renewables integration in the energy system, it can distribute energy across sectors and regions, act as a buffer to increase system resilience, and it can decarbonize end users in transport, industry and buildings. Hydrogen is the only molecule-based energy carrier that can be made fully carbon free. Green hydrogen can be made through electrolysis using renewable electricity or nuclear power. Though hydrogen has many applications, its current role is still modest in comparison to fossil fuels.

Hydrogen is considered to be a necessary carrier in greening the energy system, and the potential for green hydrogen is growing since the costs of renewable energy sources like solar and wind are rapidly decreasing and the price of fossil fuels is increasing. In addition, the carbon price in the EU ETS system has reached already €80 per ton and carbon taxes are introduced in several European countries. Carbon tax could be used to discriminate between industries regarding their environmental policies and directly linked to incentives for targeted R&D projects. Aside from the carbon cost, the rising prices for oil, gas and the geopolitical situation to make Europe less dependent from Russia are important drivers as well.

Hydrogen is likely to take root in regions that benefit from an existing gas distribution system, a strong decarbonisation policy, an industry that uses hydrogen as feedstock in chemical or steel-making processes and abundant availability of electricity, preferably from renewable resources. The changing Dutch energy landscape, moving away from natural gas, gives interesting opportunities for large-scale hydrogen production in the Netherlands. Being a significant opportunity, technological progress and further cost reduction is required for a breakthrough.

Introduction of hydrogen in the Dutch energy system

In 2018, the Dutch government has outlined their emission reduction plans for transport, buildings, the industry and electricity sector in the draft Climate Agreement. In the Netherlands, all ingredients for a hydrogen economy are present. Large quantities of wind energy in the North Sea that can be converted into hydrogen when needed. There are a number of large industrial complexes that require hydrogen: Eemsdelta, the regions of Amsterdam, Rotterdam, Zeeuws-Vlaanderen and Chemelot in Limburg.

There is a fully developed usable, existing national gas infrastructure available. And finally, there is a great deal of expertise linked to hydrogen already available in various industries. Added together, this can ensure that the Netherlands can become an internationally leading hydrogen country. Industrial applications should be a priority because not all industrial processes can be electrified, industrial activities can be a catalyst for hydrogen development in other sectors and the industry is capable to achieve economies of scale and consequently lower cost of production.

With the growth of large wind farms at sea, not only the Netherlands, but the whole coastal region in North-West Europe gives good opportunities to establish new hydrogen production facilities close to renewables-based electricity generation to produce green hydrogen with electrolysers. 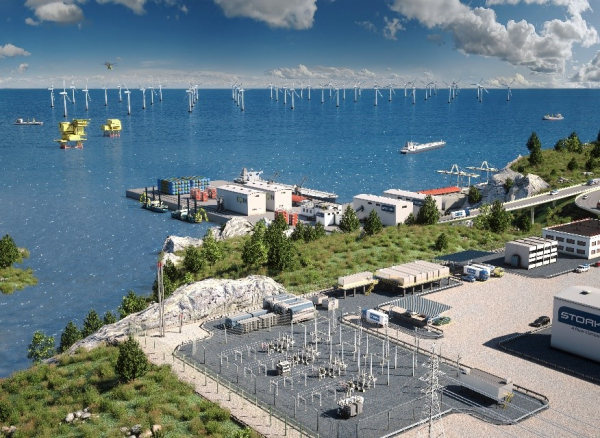 How to cross the valley of death?

Although the introduction of hydrogen to decarbonize the energy system has a game-changing potential, the production of green hydrogen is still an emerging technology in an early stage of deployment and will require massive technological learning and scale-up. In the industry, hydrogen is mainly produced for feedstock with Steam Methane Reforming (SMR) using natural gas. This is a mature technology where no significant further cost reductions in the production process are expected. Electrolysis results in no CO2 emissions, but production costs today are much higher because of the high cost of electrolysers and electricity prices.

Green hydrogen technology currently faces the “Valley of Death”. Reduction in investment costs by scale ups, better efficiency and utilization and lower electricity prices and operational expenses are needed to optimize the business case. A great effort is needed to develop cost-effective solutions for production and transportation to realize the potential of hydrogen.  Blue hydrogen produced by SMR with green electricity combined with Carbon Capture Storage (CCS) could bridge the gap towards large-scale production.

The future is driven by the industry

Oil and natural gas are set to remain part of the energy system for the near future, but there is a raising awareness that introduction of green hydrogen in the energy system is needed to reduce our carbon footprint. Most of today’s industry hydrogen demand is generated from fossil resources and used on industrial sites. Hydrogen production, transmission, distribution and use within the industry (e.g. the refining sector) are based on mature technologies and applied on a large-scale and considerable experience in transmitting hydrogen via pipelines already exists. The future requires large quantities of green hydrogen for feedstock and sustainable high-temperature processes. The industry is already exploring the opportunities for large-scale hydrogen production in various Power-to-Gas (P2G) pilots that can act as kick-starters for the hydrogen economy. Transforming the existing national gas transport network, that already connects the major industrial centres in the Netherlands, gives an important contribution to the decarbonization of the energy system. The challenge for the next decade is to scale green hydrogen production so that the Netherlands can become a leading hydrogen economy. With their experience, industrial partners can play a key role in this development. 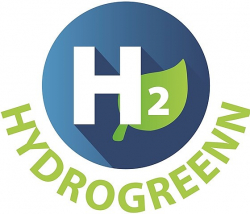 Stork is founder and chairman of the Hydrogen Green Energy Economics Northern Netherlands Network  - HYDROGREENN - with 180 partners. HYDROGREENN is project manager of the Hydrogen Neighbourhood in Hoogeveen for house heating and production facilities. Stork is construction party in the Gasunie HY-Stock project. In addition, Stork is founder of the Hydrogen Technical Training School for training on hydrogen heaters and fuel cells, founder and board member of the Megawatt Hydrohub test centre, member of the Dutch Hydrogen Standardization Board (NEN) for hydrogen application in urban areas and industry, member of the hydrogen grid NEN expert workgroup studying how the natural gas grid can be used for hydrogen and member of the NEN Hydrogen Environmental and Safety expert workgroup. Stork is a partner of the Manifesto Hydrogen Coalition, aiming for four gigawatts of green hydrogen in the Netherlands in 2030. The Manifesto Hydrogen Coalition wants to install large electrolysers at five locations in the Netherlands that will convert sustainably generated energy into hydrogen.

With its more than 190 years of industrial experience, Stork is committed to play its leading role in this transition, which was announced in 2002 by Jeremy Rifkin as “the next great economic revolution”.

If you want to know more about the Energy Transition or what Hydrogen can do for your organization, please visit our Hydrogen page.

[1] The macroeconomic effects of a carbon tax in the Netherlands, Íde Kearney, 13th September 2018.

Jack Doomernik is lector of Smart Energy at Avans University of Applied Sciences and a principal consultant at Stork. Jack advises organizations on energy management processes and implementation of new, energy-efficient technologies.

What color H2 is best suited for you?

Find more about what color H2 is best suited for you? Are they all equal, or will only a few technologies dominate this industry? And more importantly: which is best for you?
Recorded webinar