Working at Heights: From bamboo to rope to drones…

Scaffolding has been around forever, right? Well, yes and no. Yes, because people in prehistoric times were already using a scaffold made of bamboo or wood to work at heights. It was only in 1913 that “Scaffixer” was patented; a coupling device that was far more robust than rope.

It was only in the mid-1950s that lightweight tubing entered the scene, creating scaffolding as we know it today. Continuous improvement hasn’t stopped though: system scaffolding, lighter aluminum tubes, even lighter composite scaffolding, magnetic anchors and the like continue to come on the market.

However, on the whole, scaffolding is still a quite labor-intensive activity, and it isn’t surprising that people started to look for radically different alternatives. One of those alternatives is rope access, a technique that also existed for millennia, but only in the 1980s started to be applied industrially on oil & gas platforms in the North Sea (with Stork being a pioneer).

While certainly not a replacement for all scaffolding work, it can radically reduce preparation time and the total number of people working at heights. Despite its apparent advantages, it is ‘interesting’ to see how relatively slow the uptake is onshore.

Another radically different alternative is robotics: these can be flying (drones), crawling (attached via vacuum or magnetic), or swimming (ROV, remotely operated vehicle). These efforts are still quite in its infancy, often because the facility was never designed to be maintained with robots: ladders and platforms, stiffening rings, clearances; none of these were placed with robotic maintenance in mind. Similarly, if you think of rope access: how many pad eyes to facilitate rope access are even installed during initial construction? 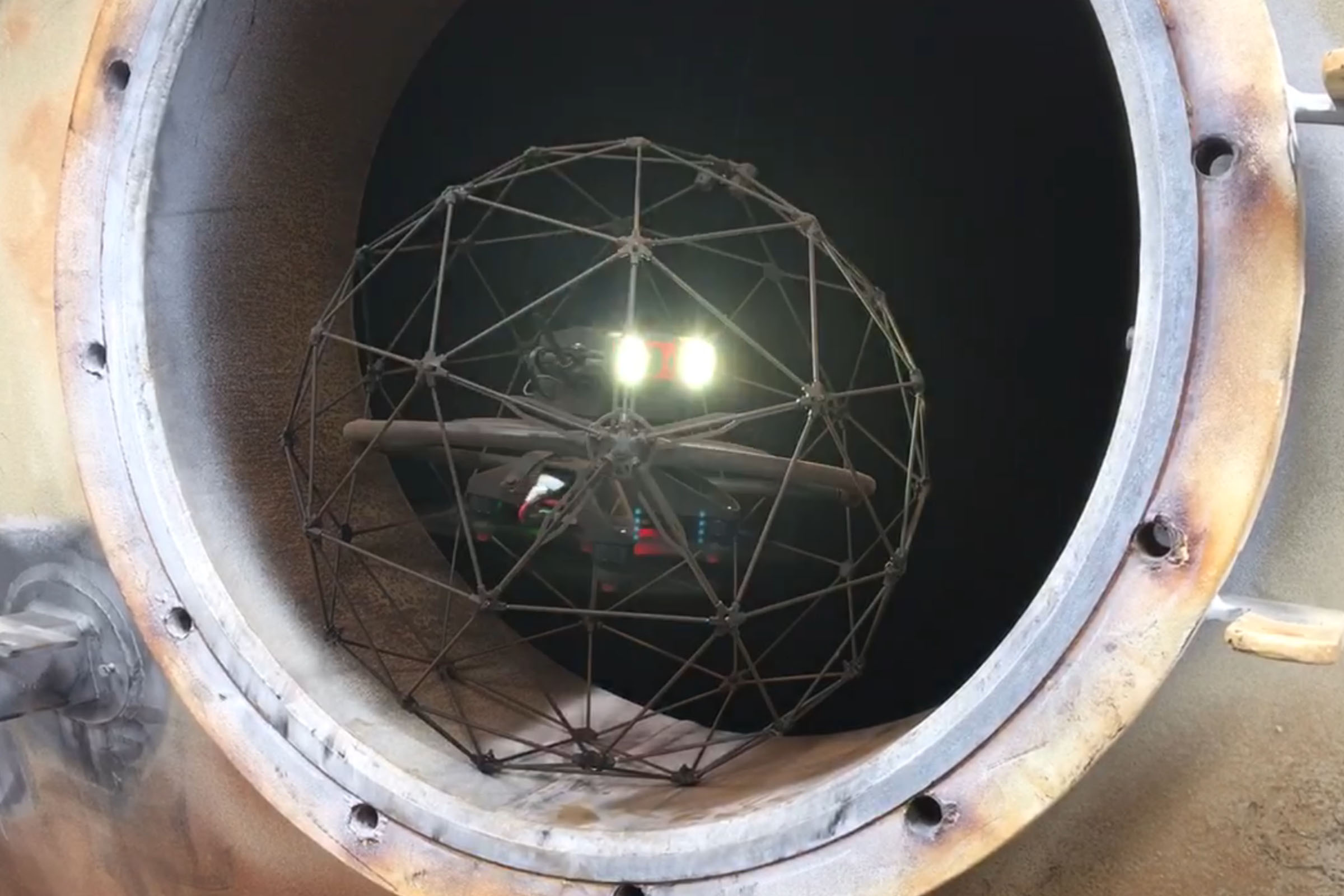 The facility of the future

Take a step back; what we see are ‘waves of change’: 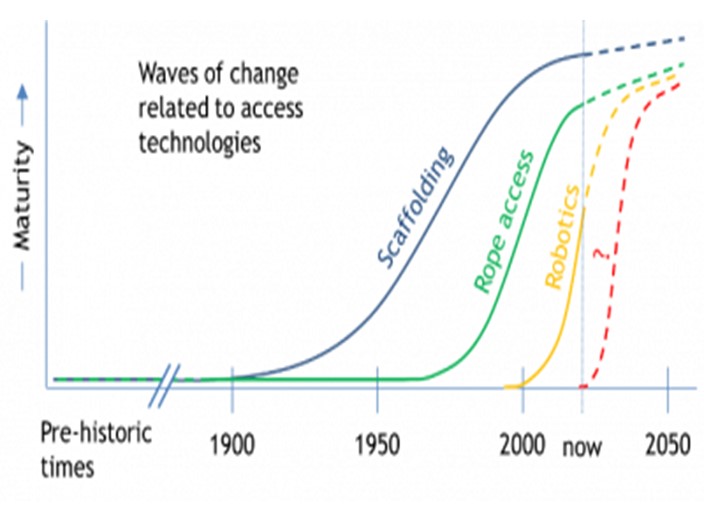 So if there have been three waves of change, and these waves are ever more rapidly maturing, what will the fourth wave be? Or … maybe the facility-of-the-future will consist of containerized modules that get stacked on top of each other with quick connectors; and when maintenance is required, the individual containers are decoupled and brought to grade level for maintenance and thereby have totally no need for any work at heights?!