Stork, the leading global provider of knowledge-based asset integrity services for the oil and gas, chemical and power sectors, has won the ‘Safety Innovations’ accolade at the 2014 SPE Offshore Achievement Awards for its innovative Extended Reach Breathing Apparatus System (ERBAS).

The Safety Innovations Award honours excellence in innovative technology and products that have been developed in the UK and which contribute to offshore safety. Stork was presented with the award last night (20 March) at the 28th SPE Offshore Achievement Awards annual ceremony held at Aberdeen Exhibition and Conference Centre in the UK.

ERBAS was developed by Stork’s breathing apparatus department, who identified a safety improvement for deep confined space operations, such as platform legs and FPSO tanks. Due to travelling distance inside these locations, conventional breathing systems cannot supply sufficient air to escape in an emergency.

ERBAS is compact and easy to deploy inside confined spaces. As with traditional air supply methods, multiple refill stations are deployed throughout the exit route, however ERBAS replaces and improves upon the cylinder change out method by refilling the cylinder whilst still being worn by the operative. As the technology is lighter than conventional methods, it allows the operative to refill their air cylinder in less than 60 seconds in one simple connection. The refill stations also contain a failsafe of six cylinders. 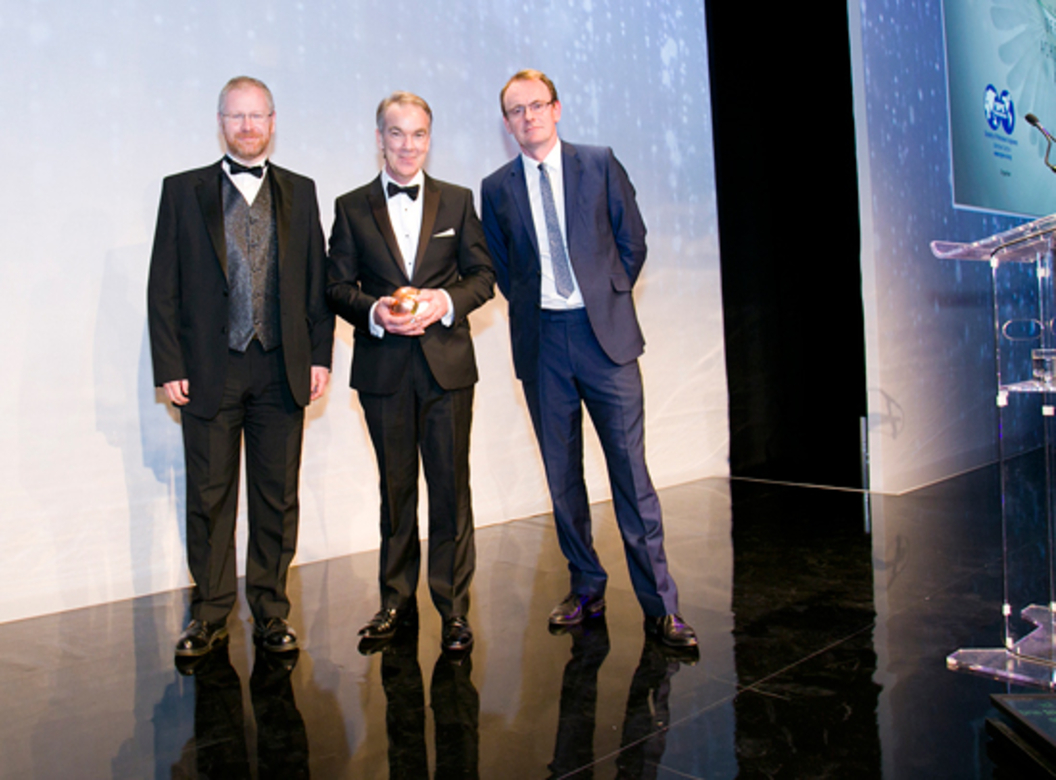 The safety innovation’s concept was driven by Jamie Elliot, Breathing Apparatus Manager for Stork (pictured middle) and his team who ensured a rigorous design, manufacture and testing process was followed so that ERBAS was approved to the highest industry safety standards and specifications.