Inspection of more than 60 wind turbines in New Zealand

Stork Gears & Services was invited by a wind turbine owner to inspect their wind turbines in New Zealand.

The inspection is part of the end of warranty inspections. The inspections have the target to note any damages which are developed in the warranty period so that they could claim the reparation costs to their wind turbine owner. A team of experts from Stork were flown to New Zealand to do a thoroughly visual inspection for more than 60 wind turbines.

We did the visual inspection with help from one of the best videoscopes: type XL Go.The visual inspection is performed with state of the art equipment, namely the GE XL Go. The inspections showed a range of flaws, so that the client could save millions of dollars to the costs of repair. The findings, conclusions and recommendations are recorded in extensive reports.

As a fully independent company, Stork was invited to perform the inspections due to its extensive track record, experience and in-depth knowledge of gearbox and bearing technology. Stork has successfully transmitted its experience in manufacturing and repair of wind turbine gearboxes to its onsite inspection team. This proves that Stork has an added value for the client. 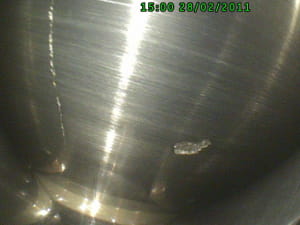 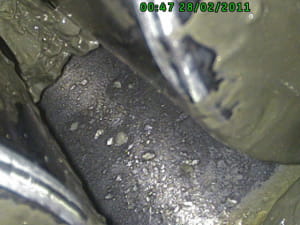 The damage that was found during the inspection

Repair and modification of wind turbines

From gearbox inspection to sea-trails in Shanghai