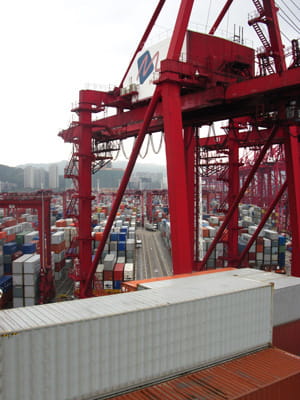 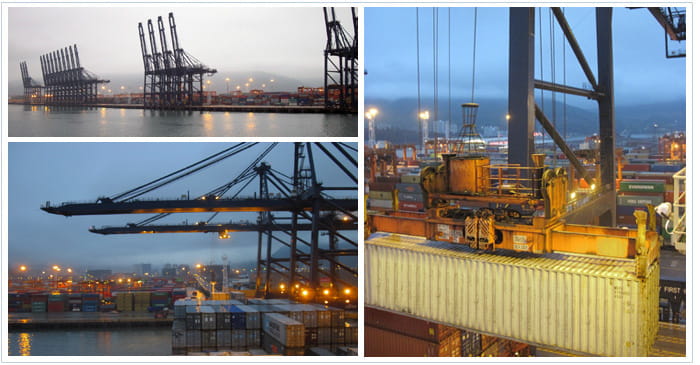 The engineers on the container vessel have noticed excessive bearing clearance on the planetary gearbox’s ouput shaft during an alignment. Based on their observations, Stork Diagnostic Services has been asked to inspect the gas turbine-driven Renk Tacke planetary gearboxes for defects and/or damage to bearings and/or gearwheels.

An Everest XLGO-type videoscope from General Electric was used during this visual inspection to allow for closer scrutiny of the bearings and the planetary area of the gearbox.

During inspection severe bearing damage was found on both bearings of the low speed shafts of both gearboxes. The bearing damage consisted of indentations, standstill marks and corrosion. Micropitting has been formed on the inner race and on the rolling elements.

The flanks of the sun wheels, planet wheels and ring gears showed corrosion, indentations and scratches ( usually caused by hard particles in the lubrication). Corrosion has been observed on the planet wheel carrier and on the inside of the gearbox casing.

The recommendation was to have the two gas turbine-driven planetary gearboxes extracted and overhauled. Our customer will consult internally to determine the fate of the gas turbine area of the equipment, as to whether it will be overhauled or removed from the vessel as enough power can be generated from the steam turbine alone. To avoid corrosion and standstill damage, it is recommended to reduce the moisture content in the gearbox and minimise standstill of the equipment.

Bearing damage at the low speed shaft with indentations, corrosion and standstill marks.

Gearbox details: The epicyclic gearboxes - Renk Tacke PTG 16 - are part of the power supply installaton on a container vessel and are driven by tow gas turbines.

From gearbox inspection to sea-trails in Shanghai