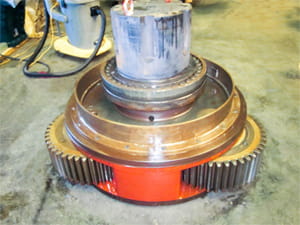 Stork was invited to perform an on-site inspection with a videoscope on a coal mill gearbox, type Babcock KPV1500, which was operational on a coal fired power plant. One of our diagnostic engineers concluded that several bearings located on the input shaft, intermediate shaft and planet gears were suffering from rust. There was also a case of micro pitting observed on the outer ring of the non-driven end bearing of the input shaft. Corrosion and micro pitting on bearings may lead to more severe damage. It also appeared that a certain amount of water entered the gearbox while in service and subsequently contaminated the lubrication oil. The gearbox was therefore qualified as not acceptable and shipped over to our workshop for a full inspection and repair.

The Babcock KPV1500, which weighs over 21,600 kilograms, has been operational on a coal fired power plant since 1997 and has never encountered any damage until now. 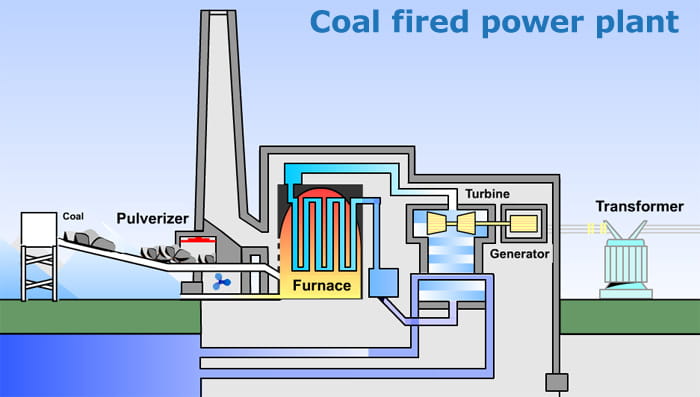 At coal fired power plants, the energy stored in coal is finally converted in electrical energy for continuous use and distribution across a wide geographic area. The coal is pulverized by crushing in the coal mills.
(Source: http://www.eas.asu.edu)

Repair of a propulsion gearbox after cracked casing