Kick-start your turnaround with HoTT-analyses

Good preparation of a turnaround is at least half the work when it comes to efficiency. But it seems that in practice, many hours are still lost to waiting, consultations, awkwardly arranged logistical processes or even missing or incorrect tools. With a HoTT analysis – Hands on Tool Time – these shortcomings can be detected and remedied. Employees can then work smoothly and safely during a turnaround and meet their deadlines without frustrations.

Stork developed HoTT analysis methods and the accompanying HoTT app together with World Class Maintenance, based on the experiences of its own employees during major turnarounds. Despite careful preparation, they noticed that sometimes up to 50% of time was wasted on unnecessary extra actions. Examples are collecting materials, waiting for permits or consultation with work planners, engineers, and supervisors.

These inefficiencies can have a big impact on the turnaround duration, the downtime of an installation and thus a big impact to the bottom line of an organization. To tackle these bottlenecks structurally, it is important first to identify them. Where is time being lost, and above all: why?

For a few years now, Stork has been carrying out HoTT analyses for a variety of clients during specific turnarounds. The set-up is simple and based on observation. This is done by a specifically trained staff member who is independent and who shadows an employee for several days. During the day, he measures how much time is needed for which activities. 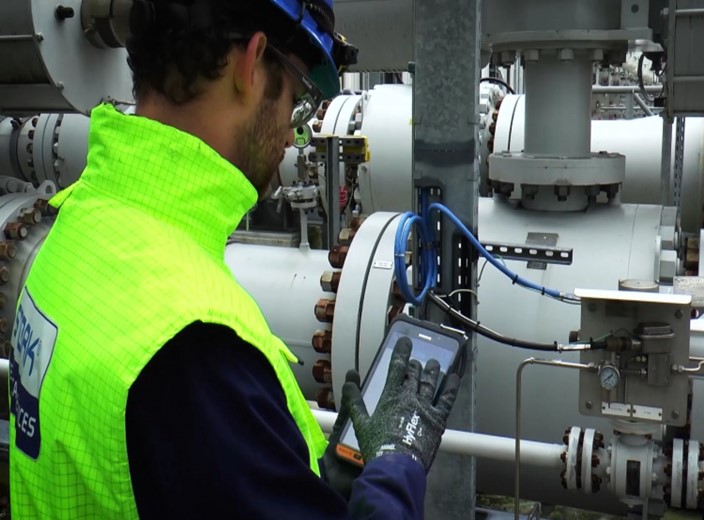 The findings are saved in the HoTT app under ‘hands on’ times or ‘other’. The first category refers to activities that really contribute to the execution of the turnaround, such as dismantling, cleaning or welding. Activities that are not directly productive are divided into those that form part of execution (e.g. fetching materials from the warehouse) and those that do not. The latter include toilet breaks, changing clothes and drinking coffee, but also talking to the manager who drops by to take a look.

In some cases, the knowledge and experience of the person carrying out the observations ensures that immediate improvements can be made that reduce time loss. All the results are analysed at the end of the observation period. In this analysis, it is important to assess the reality of the time blocks and to investigate the causes of deviations, at both the productive and the non-productive level. Is it normal that it should take so long to dismantle a boiler, or can this time be shortened? For example, by using other tools, having an extra employee or through better coordination with the crane operator, so that he is present at the right time and with the right lifting gear.

During productive times, visits to the warehouse are often a source of annoyance. Why are the waiting times so long? Too few warehouse workers? Incorrect lists? Unclear numbering, so that the wrong materials are handed out too frequently? But improvements can also be made in the non-productive hours. When the time spent changing into work clothing increases because there are too few changing rooms, or it has not been determined in advance what clothing size someone has or simply due to a lack of clothing and PPE, something can be done.

Occasionally, the measures reach far back to an early stage in the whole process, to the engineering draftsman who uses an impractical dimension or an illogical coding that has to be converted at the workplace using tables.

The analyses are conducted at Stork by people with substantial knowledge and – above all – experience. Over time, these people have been involved in many turnarounds, and they have collected, developed or helped to develop a variety of smart solutions. In numerous instances, they know where the problem lies, so they have developed a feel for improvements. 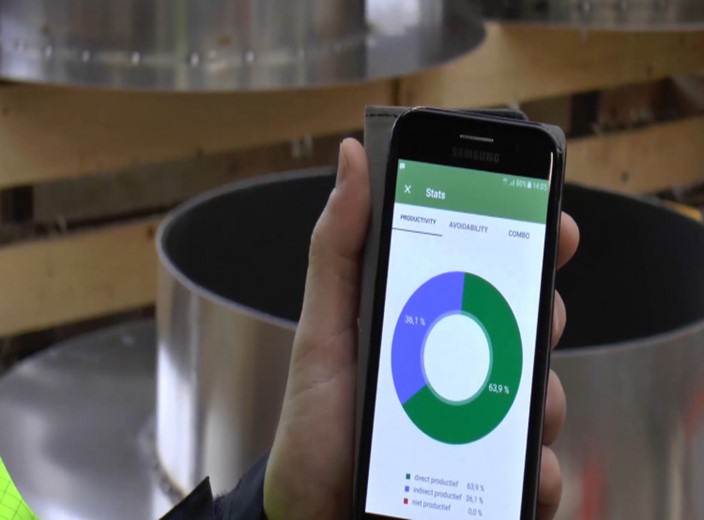 The results of the analyses are ultimately presented in a report, with charts and diagrams, for example, to make them clear and comprehensible. The key principle in all cases is that solutions must be practical and pragmatic. Thick reports with scientific analyses often languish in a drawer – or worse. In contrast, an overview of the key findings in a presentation and practical recommendations motivate people to get down to work, whether it is a case of rearranging the warehouse or improving the work permit process or the company culture.

Tackling inefficiencies at the beginning of a turnaround, can have a significant impact on the turnaround duration and save costs.

For now and in the future

The observations, analysis and recommendations ultimately result in efficiency improvements, which lead to cost reductions and a shorter turnaround time. This typically happens during the turnaround in question, but it will certainly be apparent in a subsequent turnaround. The data are also valuable in the context of benchmarking.

Moreover, in practically all cases there are positive ‘side effects’, for example because unsafe situations that could be improved are also noticed during the observations. A further factor that should not be underestimated is the pleasure that the employees have in their work. If they can get to work with the right materials, tools, colleagues and work instructions, this will have a motivating effect. The whole ‘HoTT’ process may also result in supervisors taking suggestions for improvements from the shop floor more seriously. This recognition may also result in greater motivation and more people making suggestions for improvement.

Unlocking the secrets of efficient turnarounds

Join our 45-minutes informative webinar about unlocking the secrets of efficient turnaround. Find out how to minimize downtime and deliver excellence in turnaround management today!