The Krimpenerwaard pumping station, on the Lekdijk between Bergambacht and Lekkerkerk in the Netherlands, received a major upgrade. Stork converted the pumping station and installed a BVOP VVT pump turbine developed in-house. The unique feature of this pump turbine is not only that fish can swim through it safely, but also that it generates energy. 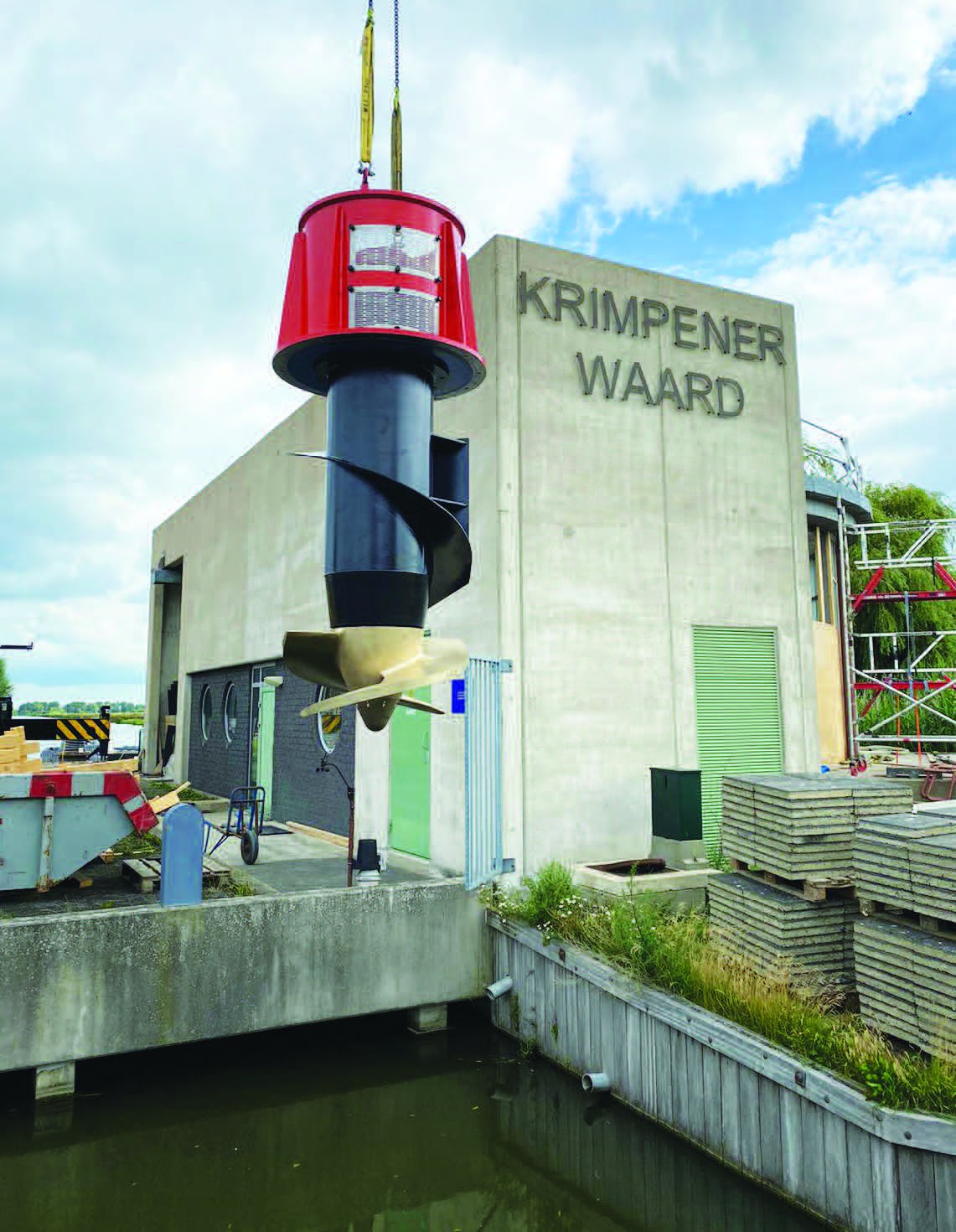 Nowadays, during warm periods, it is increasingly necessary to pump water from the Lek into the polders. The pumping station has recently been able to utilize the energy potential of the drop between the Lek and the polder. The pump installed by Stork also has an efficient turbine function. This means that energy can be generated during the process of releasing water into the polder. Overall, the pumping station can thus earn back a third of its electricity consumption. 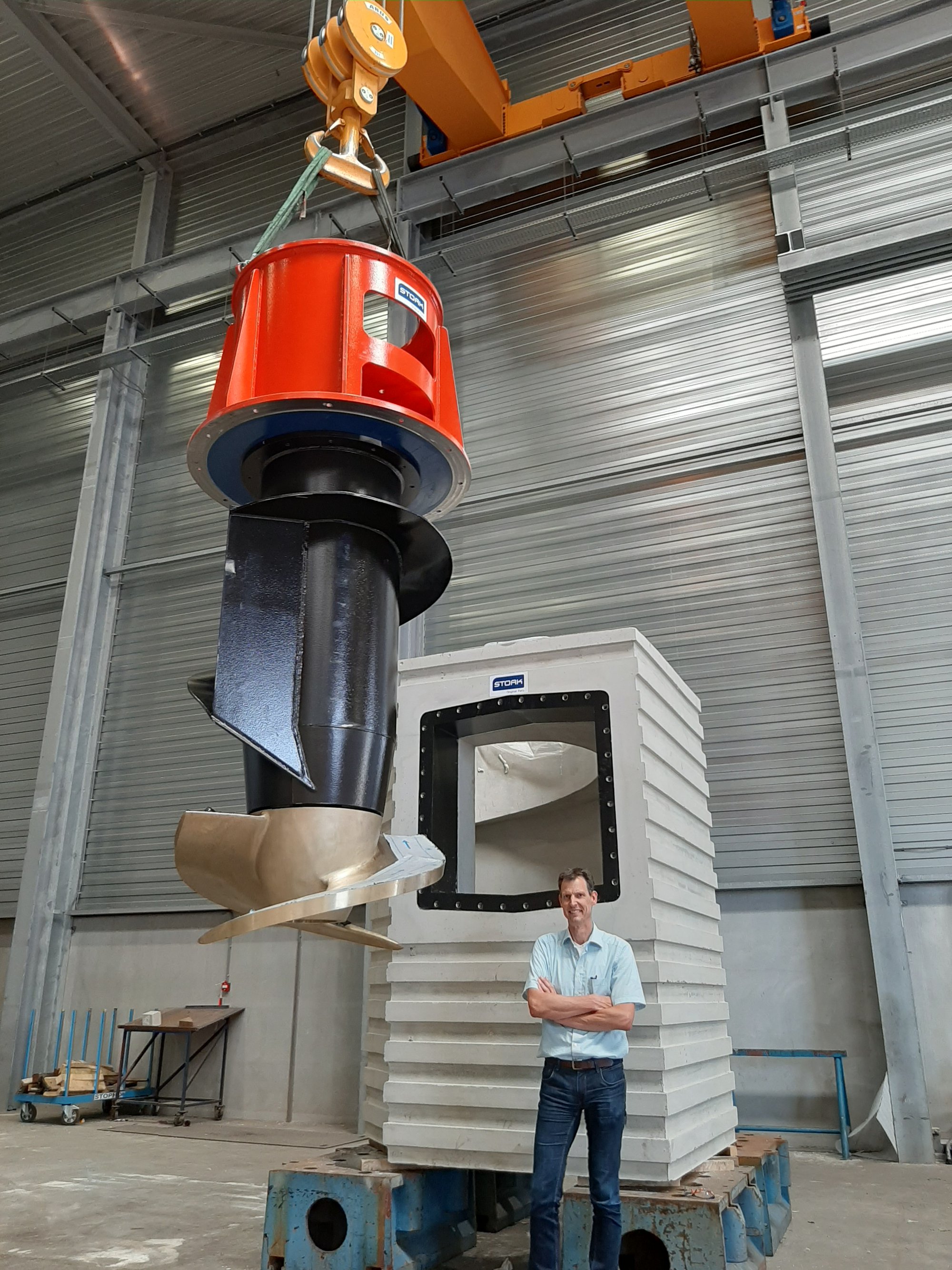 Friendly to fish and the environment

The pump also has an environmentally friendly bearing and pump shaft seal: Where contact with the pumped medium can occur, the pump is water-lubricated and no grease is used. This prevents potential contamination of the surface water.

From the beginning of the project, there was close cooperation between the pumping station and Stork Pumps. In addition to the requirements in terms of conversion time, capacity, the environment and fish-friendliness, a great deal of attention was also paid to the Total Cost of Ownership of the entire installation. The design is robust and implemented in such a way that only minimal maintenance is required.

A customer-specific design was made of the impeller and the volute based on the requirements of the pumping station. Thus, an optimal performing pump was designed, based on the desired capacity and head, combined with optimal operation. This allows the pump to run optimally in its operating range and ensures maximum efficiency during both pumping and turbine operation. Moreover, this also has a positive impact on the life of the plant.

Preceded by the design phase and the production of the pump turbine in Stork's workshop in Hengelo, the on-site installation of the pump started in mid-April. For this project, it was decided to use a prefabricated pump casing, which had a favourable effect on the construction time. The conversion project was completed and commissioned at the end of 2020 to the satisfaction of the customer.

Watch and hear about practical examples of efficiency upgrades that you can possibly apply in your facility as well. Watch this webinar and reduce both your opex and your carbon footprint.