The Client had corroded studbolts on four-bolt flanges in its offshore oil and gas platform in the Gulf of Mexico. This posed a potentially significant safety issue and Stork was tasked with removing and replacing the bolts on 300 flanges during a planned turnaround. 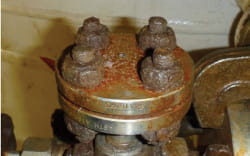 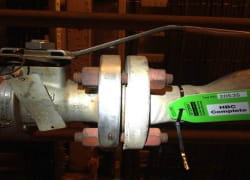 During the campaign, the Stork Hot Bolt Clamp team found a leaking flange. After thorough risk assessments and with the inclusion of additional PPE, Stork replaced the bolts on the flange and prevented further leakage.

Shut-in prevented
Stork’s intuitive thinking and collaboration with the Client prevented the floating facility to shut-in. This reduced the turnaround duration and decreased overall costs.

Quality delivery
The HBC workscope was completed on time, within budget with no safety or environmental incidents.

Gearbox repair of a US bucketwheel dredger