The customer operates 3 hydrogen-cooled BBC generators, each of 250,000 kVA, at a block-unit power station. During recent decades the original rotor insulation of the generators has aged, and the rotor winding design shows weak spots. The customer also wants the existing used spare rotor to be refurbished, including modification of the weak spots.

Stork has been charged with improving (new design), manufacturing and assembling a modified rotor winding for the spare rotor of these three units. Stork also carried out some mechanical modifications on this spare rotor to make it convertible. Stork won this order against the OEM and other competitors by offering a better concept at a fair price. 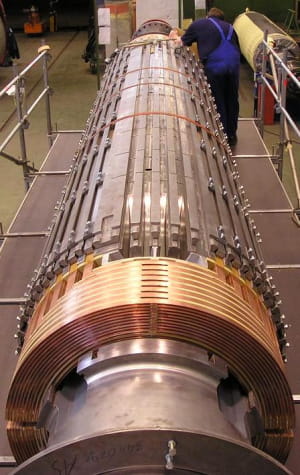